‘Commander Speedo‘ is a voice controlled shoot em up Arcade Skill for screen based Alexa devices. Your job is to guide Commander Speedo (👩‍🚀) through space to save the universe. Collect all energy gems (💠, 🔶, 💎, …) and hunt the approaching monsters (👾, 🐙, …) before they get you!

A level is complete if there are neither gems nor monsters left. Complete the level before running out of time or energy. Receive more energy by collecting blinking gems instead of shooting them. The game is getting faster over time and each level you have to face more approaching monsters.

The skill will try to make sense of what you say but you will have a good start when you stick to the following commands which are straightforward.

Commands can be stacked to command sequences to speed up the game.

See two gameplay videos from level 10 of the game here:

When playing the game on different devices the experience will be different. On Echo Show devices it will apear faster compared to Fire TV.

On June 29th 2020 “Commander Speedo” has been discussed by “Greg Bulmash” and “Joe Muoio” on Twitch during “Alexa Game Chat”. You can find a recoding here (click on the image to see the full video): 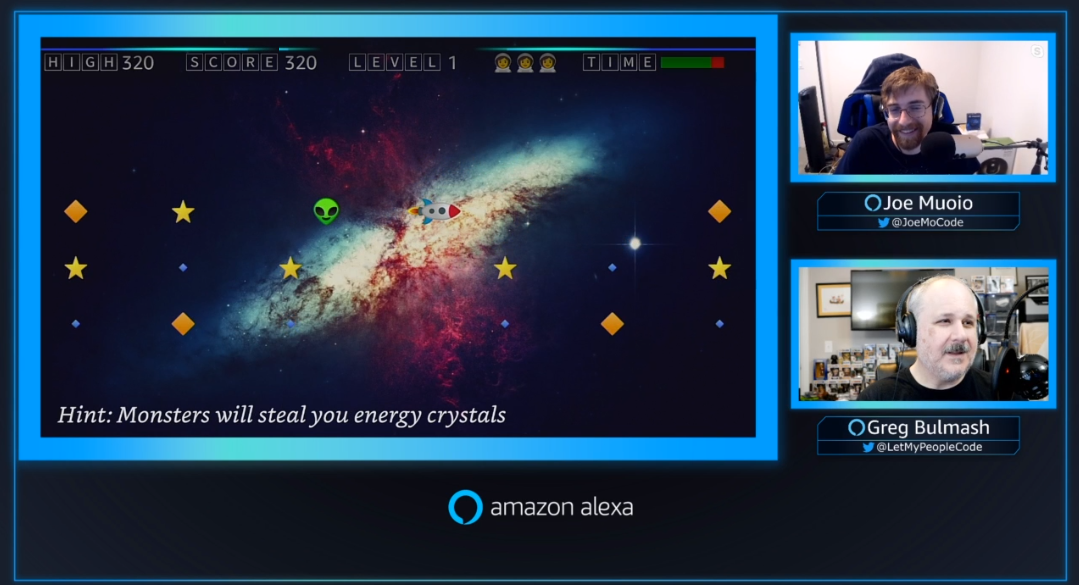